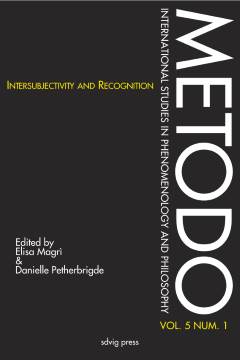 Sartre’s discussion of «being-with-others» in Part Three of Being and Nothingness is extraordinarily rich and highly original. At its core, I argue, lies an insight into the aporetic character of intersubjectivity – «the scandal of the plurality of consciousnesses», as Sartre puts it – which emerges most clearly in his critique of Hegel’s theory of intersubjectivity. My aim in this paper is to isolate this thesis of Sartre’s and spell out his grounds for it. I argue furthermore that Hegel’s conception of intersubjectivity corresponds to that of natural consciousness, such that, in rejecting Hegel, Sartre is also impugning the reality of a conception integral to ordinary thought. I suggest that Sartre’s insight also holds the key to his distinctive approach to social and political theory in the Critique of Dialectical Reason.