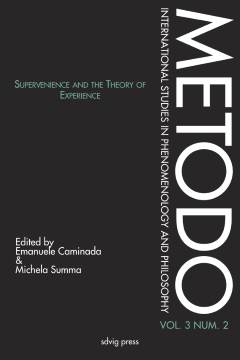 The present essay takes issue with the idea of moral supervenience. It is argued that this idea is subject to fatal objections that can be brought to light by utilizing the resources of a phenomenological approach guided by demands of descriptive authenticity and rational principles. This critical project is carried out by focusing on Robert Audi’s sophisticated moderate ethical intuitionism which has rightly gained prominence recently. The relevant problems are addressed by comparing Audi’s notion of supervenience with Edmund Husserl’s account of foundation. The latter refers to different types of (intentional) contents and their relatedness in terms of ontological dependence. Husserl’s notion of foundation challenges the view that higher-order complex intentional unities like evaluative acts could be analyzed in terms of ‘adding up’ purely descriptive and non- descriptive contents. Or (choosing the current language of supervenience debates): in terms of anchoring moral properties in natural properties. My main thesis is that applying the idea of supervenience to the field of morality involves a circularity problem that undermines the taken-for-granted presupposition of a clear-cut distinguishability of natural and moral properties. Appropriately specifying one’s duties in situations of moral conflicts, according to the idea of supervenience, calls for identifying all those natural properties or facts that are relevant for morally assessing the situation in the first place. This practical task of solving the problem of moral salience, however, cannot be met by referring to pure facts that could be determined in an independent manner, that is, as uninfluenced by those moral perceptions or moral assessments whose appropriateness or permissibility, as assumed, is under consideration. Though we may grant that supervenience delivers a plausible general or abstract picture of how morality (as well as aesthetics, religion and other normative aspects) can be part of the world we experience, it does not help us properly assessing (or explaining how to properly assess) moral issues in concrete situations. Rather, from a moral-practical point of view, it is a thoroughly suspicious idea.