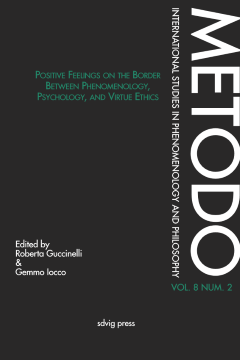 The aim of this paper is to discuss the phenomenological nature of gratitude. Nevertheless, gratitude would be an affective response triggered by a certain action or object, it has to be considered not properly “intentional” as it seems to be rather a Stimmung. Accordingly, I distinguish two accounts of gratitude and then, I argue that it may be considered a mood only if it is addressed toward the life itself in a way that allows to cover the entire phenomena of someone’s existence. Finally, I argue that Epicureanism is the main philosophical approach that fully recognizes the role of utmost importance played by gratitude toward life, to the extent that it positively accepts its finite nature.