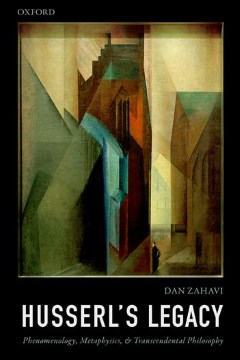 What is ultimately at stake in Husserl's phenomenological analyses? Are they primarily to be understood as investigations of consciousness or are they equally about the world? What is distinctive about phenomenological transcendental philosophy, and what kind of metaphysical import, if any, might it have? Husserl's Legacy offers an interpretation of the more overarching aims and ambitions of Husserlian phenomenology and engages with some of the most contested and debated questions in phenomenology. Central to its interpretative efforts is the attempt to understand Husserl's transcendental idealism. Husserl's Legacy argues that Husserl was not an internalist, nor a quietist when it comes to metaphysical issues; that he assigned a fundamental importance to facticity and intersubjectivity; and that he was not opposed to all forms of naturalism.