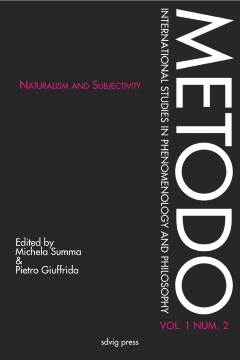 The natural sciences traditionally understand the human being exclusively as dependent on external factors. Such a methodological reduction leads to scientific ’explanations’, which can be applied in contexts of action guided by the principle of purposive rationality. Naturalism makes of the latter principle an image of the world (1). Psychotherapy, on the contrary, cannot be reduced to an action guided by purposive rationality. Only as an ’interpersonal praxis’, indeed, can psychotherapy be considered as meaningful. In such a praxis, an essential role is played by the principle of ’understanding’ [Verstehen](2). In this paper, the relationship between ’naturalism’ and ’personhood’ is connected to the different forms of activity guided by, respectively, ’purposive rationality’ and ’interpersonal praxis’. Since both forms of activity play an important role in psychotherapy, the examination of the latter is particularly suitable to clarify the relationship between them (3). The example of psychotherapy, however, also shows that the naturalistic approach to human existence entails the tendency to assume purposive rationality as a principle to guide interpersonal praxis. Such an approach will be challenged by referring to Heidegger’s account of the mode of activity implied in art (4). Finally, such a mode of activity will be also recognized as characterizing the interpersonal activity in psychotherapeutic praxis (5).