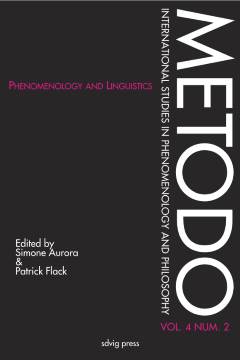 Breaks from univocity in phenomenology and cognitive linguistics

When phenomenology is compared to cognitive linguistics, it is basically by virtue of the importance the former generally grants to experience and to embodied cognition. In this paper I will focus on the topic of meaning, and compare the remarks that Husserl dedicates to the concept of semantic fluctuation with some of the analyses of vagueness elaborated by certain authors in the field of cognitive linguistics. To do this, I will try to clarify what Husserl means when he talks about fluctuation by analyzing the two types of fluctuating expressions he mentions (i.e. «essentially occasional expressions» and «improper expressions») and showing what their semantic structures have in common. The features that will emerge from this analysis will then be examined in parallel with some properties ascribed to, and reflections connected with, vague expressions in Cognitive Semantics, in order to stress some similarities as well as some critical issues.