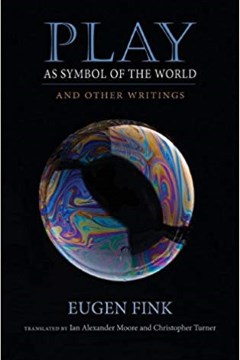 Play as symbol of the world

Eugen Fink is considered one of the clearest interpreters of phenomenology and was the preferred conversational partner of Edmund Husserl and Martin Heidegger. In Play as Symbol of the World, Fink offers an original phenomenology of play as he attempts to understand the world through the experience of play. He affirms the philosophical significance of play, why it is more than idle amusement, and reflects on the movement from "child's play" to "cosmic play." Well-known for its nontechnical, literary style, this skillful translation by Ian Alexander Moore and Christopher Turner invites engagement with Fink's philosophy of play and related writings on sports, festivals, and ancient cult practices.

Fink Eugen (2016). Play as symbol of the world: And other writings, transl. I. A. Moore & C. Turner, Indiana University Press, Bloomington, Ind.